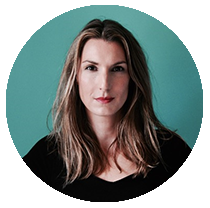 Ludivine Cornille is a French Registered Architect (DPLG), Urban Designer and Scenographer. She had most recently been developing global initiatives for the UN Economic and Social Council (ECOSOC). Previously she was the focal point for local and territorial governments at UN-Habitat New York Office. In such capacity she advocated for the SDG 11 and the localization of the 2030 Agenda for Sustainable Development. Previously she had been working for the Urban Finance Branch of UN-Habitat in Nairobi and for the National Institute of Housing in Mexico City. In 2001 she established her own firm in Paris and has worked throughout her career with several Architecture and Design offices on projects in more than 10 countries. She holds a Master in Architecture with a specialization in Urban Planning and Sustainable Development, a postgraduate degree in Participative Construction in Latin American Cities from the National School of Architecture Paris-La Villette, and a dual certificate (BA Arts) in Theatre and Cinema Scenography, and Interior Architecture and Design. She was honored with the Besnard de Quelen architecture award from the National Conservatory of Arts and Crafts of France (CNAM) for her Master thesis and project about the urban development of the Mexican Caribbean coastline.