NEW YORK – H.E. Dr. Talal Abu-Ghazaleh, Chair of the Consortium for Sustainable Urbanization (CSU) Advisory Board, hosted the New York-based, non-for-profit organization’s Inaugural Advisory Council Dinner to celebrate the launching of its fourth book in supporting of the 2030 Agenda and the New Urban Agenda.

The dinner celebrated the launch of the fourth CSU book “Gateway Portals to the City,” which summarized proceedings of the recent UN conference held on May 19, 2017 at the UN Headquarters with the participation of the Presidents of the UN General Assembly and ECOSOC. The conference was a collaboration between the CSU, UN-Habitat, and the American Institute of Architects, New York Chapter.

CSU President James McCullar welcomed guests and highlighted CSU work as a New York based non-profit organization 501(c)(3) formed to promote a better understanding of the role of sustainable urbanization and resilient design in the planning of our cities. Its mission is to connect global thought leaders, academicians, and governments concerned with urbanization for an exchange of ideas and best practices in high-level meetings and public forums at the UN and the Center for Architecture in New York. Since its inception, the CSU has partnered with UN-Habitat and the American Institute of Architects New York Chapter, and collaborated with the Regional Plan Association and many others in bringing the architectural and planning community, local officials and academicians to the UN. He noted “We are pleased our conferences have attracted high level U.S., international and UN officials, including the Secretary General”.

In his Keynote speech, Dr. Abu-Ghazaleh said: “I would like to start by commending you and thanking you all for the highly successful event organized by the CSU at the United Nations, in collaboration with UN-Habitat and other partners, on the role of portals in advancing sustainable and inclusive urbanization. Your commitment, dedication and leadership and your contributions to the discussions have been indispensable for the success of our initiatives.” 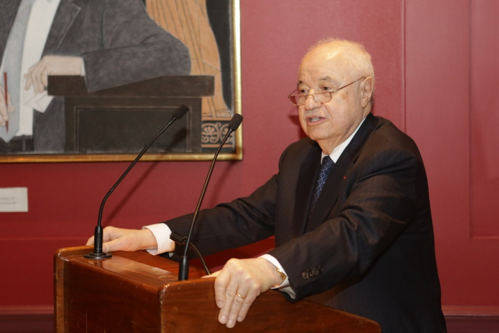 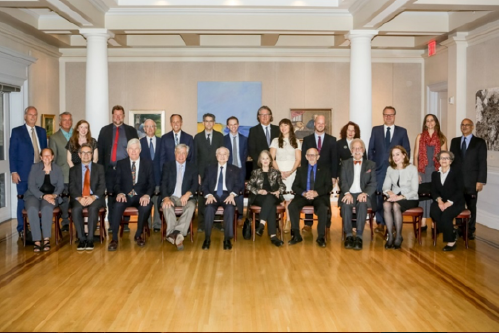